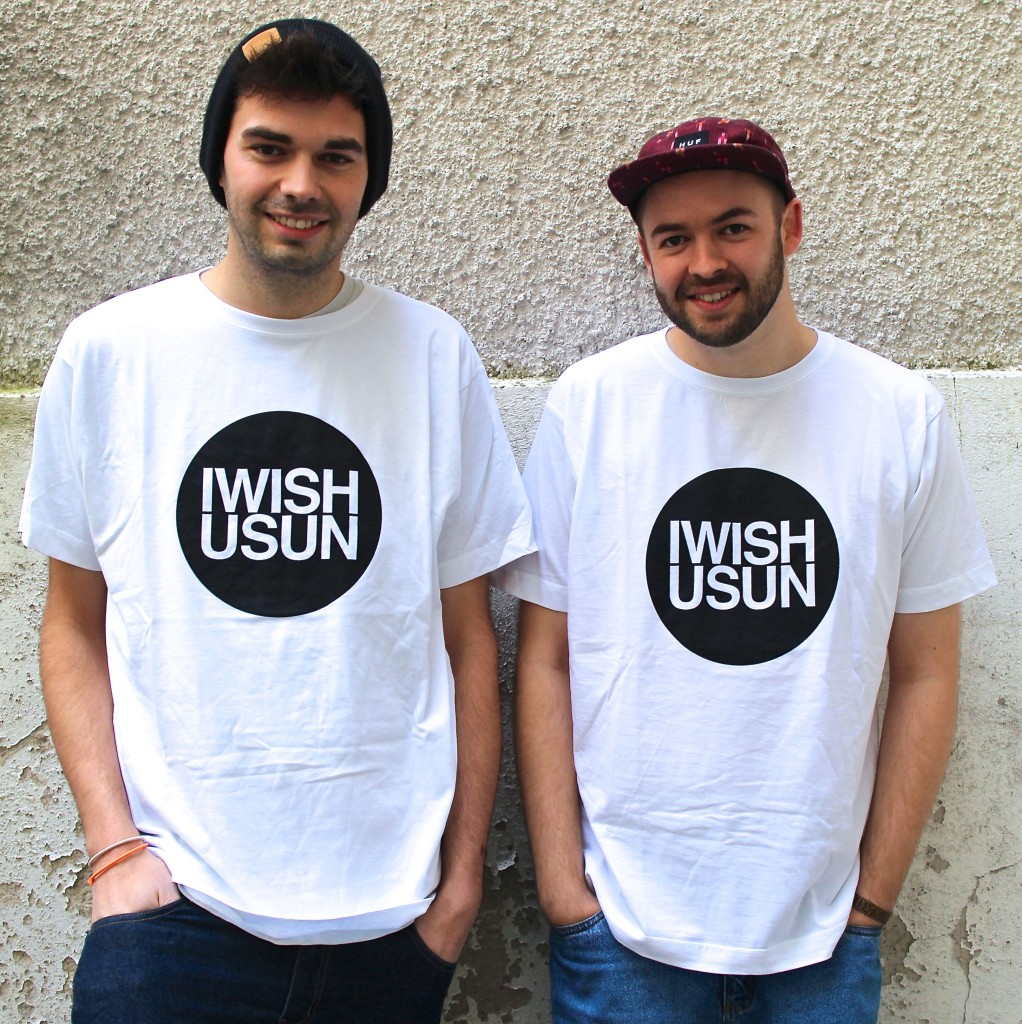 Together they are strong! Frederic Leitzke and Andreas Lamoth co-founded their own film production company Editude Pictures in late 2010. What started as a more or less improvised coalition of five friends, slowly but surely evolved into a young promising company. While music and art are definitely prioritised, both of them have also corporately worked for brands like Coca Cola, Levis, Red Bull and Converse. Nevertheless what we love the most are their urban films which are filled with their passion for street art, illustration, urban culture and music. No surprise that they are best-known for these kind of interactions. Their documentation of Berlin’s creative scene, “In The Belly Of A Whale,” is their first film and at the same time a foundation for many video works that followed.

While their first documentation strung together various filmic portraits of Berlin’s art scene members and is still complemented by new episodes, Frederic and Andreas also worked for our friend and music producer Robot Koch in the past. To unlock the exciting potential which arises from our creative supporters we teamed up with Editude Pictures and two of our other dear ambassadors – beautiful project which we will showcase very soon. Stay tuned!

In the meantime welcome Editude Pictures as one of our supporters!

You are filmmakers and therefore sight must be a very important sense to you. What other sense couldn’t be missed in your life? Why?
Andy: It’s really hard to imagine a life without any of my senses, but besides my eyes I would miss my ears the most of all I guess. For me vision is strongly connected to hearing which you can see in almost all of our films: Sound and especially Music is so important to set the right tone for moving images and are unseperable in my eyes.
Fredi: That’s for sure. Besides that I would probably miss tasting the most, because my hobby cooking wouldn’t make much “sense” anymore I guess.

What is your vision for your personal work?
Andy: I hope to be working more in the field of documentaries in the future. There are tons of lives and people out there who are worth being banned to film and who’s stories are worth beeing told.
Fredi: Documentaries are very important to us for sure. Since our first film “In The Belly Of A Whale” lots of good things happened and we got great feedback for our work. That’s definitely a vision. Always try to do stuff that makes people happy, that entertains people, that has a purpose, that somehow “remains” in that crazy fast moving digital world.

Your personal opinion: what makes a good film?
Andy: Authenticity. Most of the big blockbuster movies simply have no heart and are only produced for making money. So I really prefer movies with smaller or even no budgets for which the filmakers had to make a big creative effort to get it done.
Fredi: The story. Always the story. In the past, the story was the most important thing in a movie. Movies were made because writers and directors had things to say. Today it’s more about pleasing the market, the industry, the crowd with crazy effects, pompous settings, big stars, telling the same stupid stories again and again, using every cliché available. Of course today still many nice movies are made, but really good and innovative screenplays are definitely more rare than in the last century.

What filmmakers have inspired you lately?
Andy: I love Wes Anderson and am really looking forward to his new movie in January. Besides that I am really into short documentaries about everyday life, which you can find very easily by independent and hobby filmers on Vimeo.
Fredi: Yeah, Wes Anderson for sure. The filmmaker who inspired me the most recently was Malik Bendjelloui, director of the masterpiece “Searching for Sugar Man”. A man with an – again – absolutely amazing story, without a big budget, with lots of struggles during the production but with a strong vision and impressive skills succeeds in the end, brings his vision to the screen and creates one of the most beautiful documentaries ever made.

What themes do you find yourself exploring over and over again?
Both: We have a really strong bond into Berlin’s art scene, so it’s almost natural that we are exploring themes like creativity, making a living from what you love and collaborations between different kinds of people in our films. Besides that we are planing a new documentary about the new age of making music – hopefully we will start filming in 2014, watch out!

What is the most beautiful thing you ever saw?
Andy: That’s a tough one. I believe when you look close enough you can find beautiful things happening around you everyday, even (often mostly) in the most random and trivial situations.
Fredi: Impossible to answer.

Sunrise or sunset – what do you prefer?
Andy: Sunrise.
Fredi: Sunset.

As a seeing person it is hard, if not impossible, to imagine the world from the perspective of a blind person, and the same applies in reverse. How would you describe our world and surroundings to a blind person?
Both: We don’t think it’s fair trying to tell a blind person what the world looks like. We would rather try to find advantages which blind people have. For example we believe they have no problems with prejudice and are able to experience the world in very different but also exciting ways.

What would you like to see more often?
Andy: Justice.
Fredi: Humility.

What is your tactic for making the world a better place?
Andy: There is so much screwed up stuff happening around us that one person really can’t handle all types of it. So I guess you just have to concentrate on 2 or 3 things that matter most to you and try to make a change. Lately I am trying to boycott mass animal farming by not eating any meat no more; it’s really hard to see animals suffering because of massive exorbitance in our ways of living.
Fredi: Making the world a better place is a hard task. I rather focus on little things in my daily surroundings, that you really can influence and that make a small difference. Treat people nicely and with respect, be honest, be humble to the environment and in my daily life. Things like that.

When was the last time you gave back and what did you do?
Andy: I am trying to support Unicef on a regular basis to help them fight the problem of stranded refugees all over the world.
Fredi: The last time? I guess that was some money I gave to the fantastic street musician on Warschauer Straße, that I pass every morning.