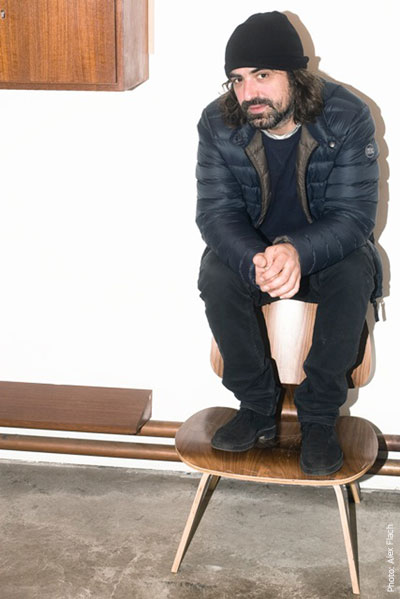 Alex Flach aka Foley is a photographer and owner of menswear store Civilist in Berlin. He lives rock´n roll and skate in his photography and without diving too much into detail – his professional work and personal lifestyle do mix – at all times!

If you had to decide between sound and sight which would you choose? Or which sense is most important to you?
I would choose sight!! Or maybe hearing? It’s a difficult question but I think I’ll stick to seeing.
Probably because I like to take photographs and that way I could keep doing what I’m doing…

Why?
I think I’ve already answered that. It’s simply more important to see what’s going on out there.
Also, I need to be able to see things to become inspired. Sometimes that happens when listening to music too, but visually I get that little bit extra.

What does your vision for your personal work as a creative person look like?
Point and Shoot! For me it’s always best if I don’t think about what I want to do too much and simply do it!
The more I think about it, the more my original impulse or idea disappears, and that affects the results!
Of course there is planning involved in shoots but there comes a point when you have to stop planning and get on with it!

What is your tactic to make the world a better place?
Tactic? I don’t think there should be a tactic involved. It should come from within. Producing less rubbish, paying much more attention to nature.
Laughing more….sometimes thinking twice about something before you do it, buy it, leave it behind or say it!

When did you last give something back and how?
This morning at the baker’s! A smile….that doesn’t happen often enough out there!

What is the most beautiful thing you have ever seen?
There are a whole load of things, too many to name them all here. I don’t know how often I have already said in my lifetime, that that is the most beautiful thing I have ever seen? I think it was the hundreds of moments and situations in which I said it. So I would say that there are plenty of beautiful things that simply touch us at a given moment. It could be in the morning waking up next to my girlfriend or a really kitschy sunset in Thailand.

What does a vision/image for IWISHUSUN look like?
Let the sunshine in your heart!!