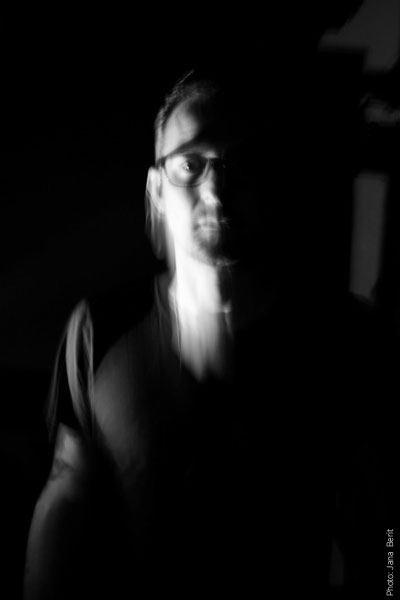 John Osborn moved to the banks of the Spree from London in the mid-90s. In the meantime the busy DJ and graphic designer has put down deep roots and started a family.

What’s more important to you sound or vision?
As a graphic designer and a DJ/producer it’s impossible for me to separate the two – they are quintessentially linked.

As a creative person, what’s your vision for your personal work?
Having a vision means by default that you have a goal. To me goals are not relevant; I try to enjoy the process and the journey of what I do as much as I can. To concentrate on doing what I do with as much style and flow as possible. Being in the moment is far more important than achieving a final vision or goal. By intrinsically enjoying each step of the process the magic of achievement will be born naturally, almost as a by-product to life itself.

When was the last time you gave back and what did you do?
I am currently working with a charity organization called ‘it’s bigger than…’ that is raising awareness about the humanitarian crisis that is effecting mainly children and woman in refugee camps on the borders of Syria.
I gave up my time to design the logo and poster campaign for the upcoming event at which I will also be DJing.

Who is your personal hero?
I can’t really say I have a hero, as I don’t agree with idolization, but I admire the work of Ray Kurzweil, Arthur C Clark, Isaac Asimov, Jeff Mills and Alexander Fleming  - but that is just the very beginning of a very long list of beings.

What is the most beautiful thing you ever saw?
The sun reflecting on water.

What´s your sound for I WISH U SUN?
Eh? WOOOSH!