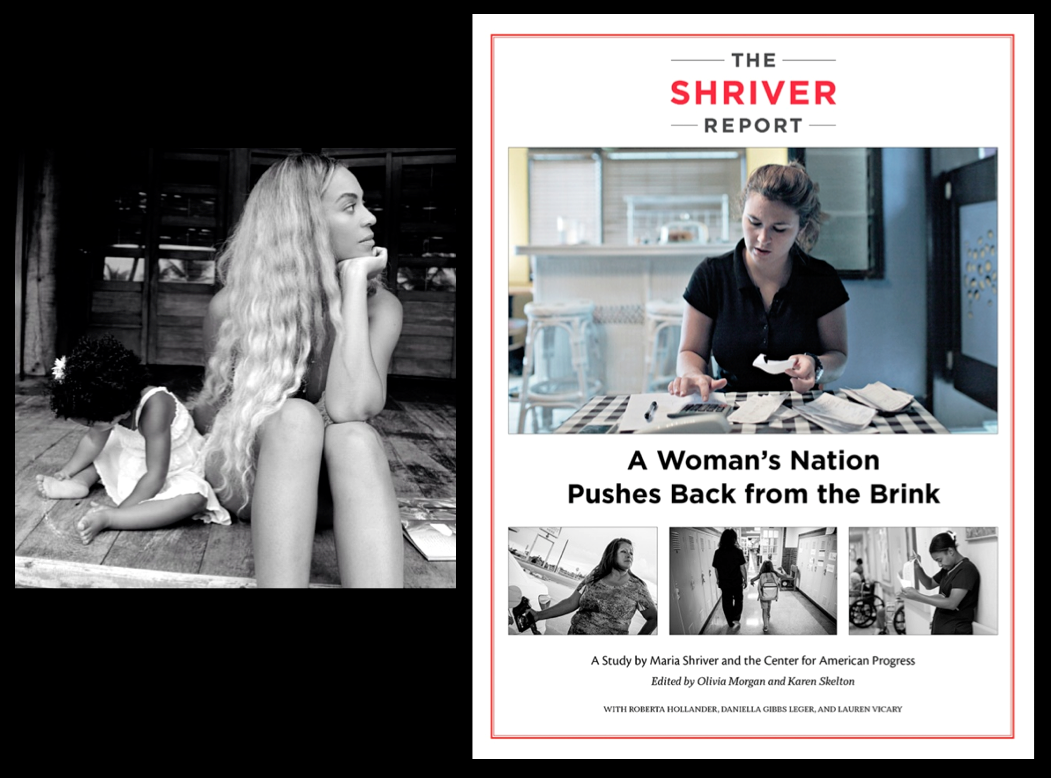 “We need to stop buying into the myth about gender equality. It isn’t a reality yet” – the women who issued this sharp statement?! It was Beyoncé Knowles-Carter who has written an essay titled ”Gender Equality Is a Myth!“ for the new installment of A Woman’s Nation’s “Shriver Reports. A Woman’s Nation Pushes Back from the Brink,” a study that the journalist Maria Shriver publishes in partnership with the Center for American Progress:

The report is a groundbreaking investigation into the millions of women who are doing it all and barely scraping by, struggling to provide and parent in a nation that hasn’t kept pace with the modern realities of their lives. It combines research, analysis and ideas from the nation’s top academic institutions and think tanks, essays by leading thinkers, stories of real women struggling with our modern economy, and a comprehensive poll.

Beyoncé is one of these leading thinkers and real women. A superstar herself but also another superstar’s wife (Jay-Z), she makes the simple case for gender equality in America through equal pay in the workforce, but she does so by suggesting men play an equal part in demanding it. She writes:

We need to stop buying into the myth about gender equality. It isn’t a reality yet. Today, women make up half of the U.S. workforce, but the average working woman earns only 77 percent of what the average working man makes. But unless women and men both say this is unacceptable, things will not change. Men have to demand that their wives, daughters, mothers, and sisters earn more—commensurate with their qualifications and not their gender. Equality will be achieved when men and women are granted equal pay and equal respect.

If women received pay equal to their male counterparts, the U.S. economy would produce $447.6 billion in additional income.
Humanity requires both men and women, and we are equally important and need one another. So why are we viewed as less than equal? These old attitudes are drilled into us from the very beginning. We have to teach our boys the rules of equality and respect, so that as they grow up, gender equality becomes a natural way of life. And we have to teach our girls that they can reach as high as humanly possible.
We have a lot of work to do, but we can get there if we work together. Women are more than 50 percent of the population and more than 50 percent of voters. We must demand that we all receive 100 percent of the opportunities.

The report which is titled “A Woman’s Nation Pushes Back from the Brink” also includes pieces from Hillary Clinton, LeBron James, Sheryl Sandberg and more. It can be downloaded for free now through January 15th.