WALLONWALL | A Photo Exhibition on the Berlin Wall 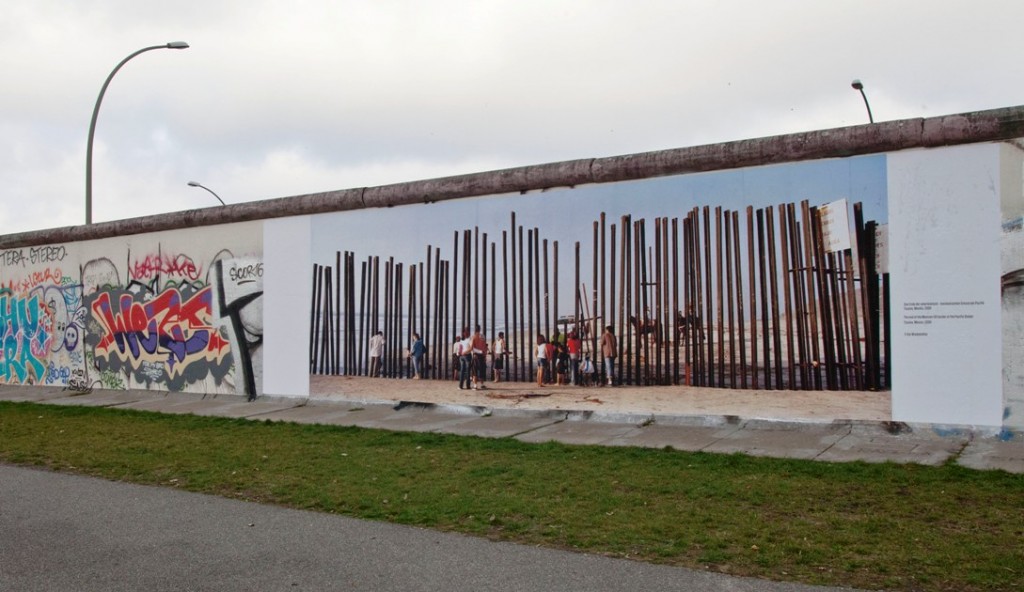 “Peace begins where walls fall, not where they are erected.” – Berliners know that these words by Berlin-based photographer Kai Wiedenhöfer are true. For the past seven years he has been photographing walls that separate people worldwide. Now, in 2013, Wiedenhöfer is looking for support to realise an exhibition of these photographs on one of the most dramatic landmarks of the German capital: the Berlin Wall. To make his vision come true, he started a crowdfunding project on Kickstarter. In case of success, WALLONWALL exhibition will cover more than 1,100 square meters and will show pictures of 8 border walls that separate people worldwide.

If he reaches his target, Kai Wiedenhöfer will be printing 36 pictures from the project in extra large format (9×3 meters / 29×10 feet), and be mounting them on one side of one of the longest stretches of the Wall still standing along the river Spree in Berlin. WALLONWALL would be open for 2 months, from July to August 2013.

The target amount on Kickstarter – the photographer reached £5,260 of his £13,000 goal so far and 13 days are left to support the project - will cover the expenses for the materials, the printing and the mounting of the pictures. Learn more about WALLONWALL on Kickstarter.